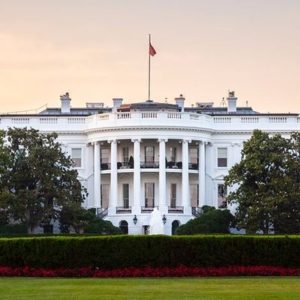 It was not until after the American Revolution that the Founding Fathers needed a place for the president to live in. The 1790 Residence Act stated that Philadelphia would be the temporary capital for 10 years, in order for a White House to be built in Washington D.C to be the President’s residence. In 1800, construction was complete, and President John Adams moved in. But in 1814, during the War of 1812, the British burned the White House, retaliating against the American’s move in Ontario. The reconstruction of this landmark was finished in 1817. Ever since then, numerous amounts of renovations to update the structure of the White House have been made. One of the biggest took place when President Truman was in office; he commissioned a total reconstruction of the White House which was facing the danger of collapsing. After that, President Kennedy and First Lady, Jacqueline, restored it. Since then, every president has only made some changes to the furniture and design of this historic building.

The White House is the office of the President of the United States of America. It is important because it is where the president makes his executive decisions and meets with other world leaders to discuss global issues. It has been home to 44 presidents and their families (John Adams was the first president to move in). Each president contributed to the evolution of the White House, and in the process making significant improvement to the world and the building. The White House has been the birthplace of several executive traditions, such as the Annual Easter Egg Roll and Lighting the Christmas Tree. This house is not only home to a president and their family but also the symbol of world power and global leadership.

Additions to the White House

Is the White House Haunted?

People living or visiting with the President may have witnessed ghosts and spirits roaming in the White House. For example, many people in the East Room have seen the ghost of Abigail Adams, First Lady of John Adams, hanging up laundry (back when John Adams moved in, the East Room was where Abigail hung the clothes up to dry). The most-sighted ghost is that of Abraham Lincoln. First Lady Grace Coolidge saw his ghost, looking out across the Potomac River at the Civil War battlefields. Lady Bird Johnson saw Lincoln’s ghost while watching a documentary about his death. Winston Churchill saw his ghost at the fireplace, and Eleanor Roosevelt would feel Lincoln’s presence while in the Lincoln Room. The most powerful office in the country might certainly be one of the most haunted.

History and Additions to the White House: https://www.history.com/topics/white-house

Is the White House Haunted? : https://www.history.com/topics/halloween/ghosts-in-the-white-house