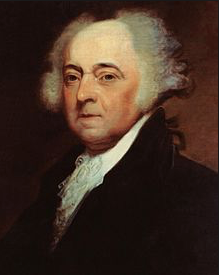 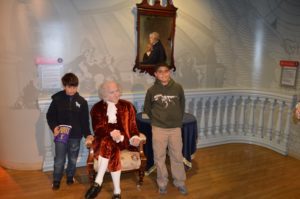 John Adams was elected as first vice president (Back in the early years, of the country, the person with the second-most votes became vice president), but he didn’t support most of George Washington. During Adams’s presidency, a war between the French and British was causing political difficulties for the United States. Adams’s administration focused its diplomatic efforts on France, whose government had suspended commercial relations. Adams sent three commissioners to France, but the French refused to negotiate unless the United States agreed to pay what amounted to a bribe. When this became public knowledge, the nation broke out in favor of war. However, Adams did not call for a declaration of war, despite some naval hostilities.

Fun Fact: He was the first president to live in the White House (It was still being built during Washington’s presidency)